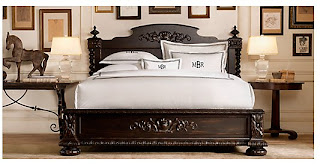 I can't believe it's been a whole month since my last post!  I have been crazy busy but here are a couple of things I've been up to.  The first is for a dear friend, she saw a picture of a bed in Restoration Hardware that she just loved but the price was a little over the top for girls on a budget like us so I told her we could do a pretty close recreation and we did.  So the Empire Bed pictured above is what she wanted.  She had a plain rustic pine bed which was a great base for us to start. 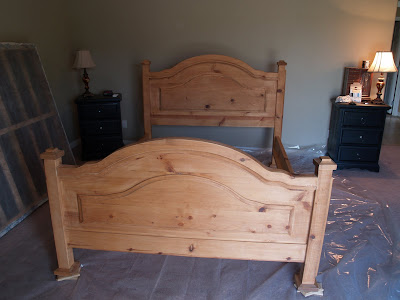 Great bones I thought, it just needed some ornaments and stain. So we looked through my book of ornaments and found some that we thought gave it the same feel as the Restoration Hardware one and then ordered some extras to create our own design and when they came we glued them on with construction adhesive. We bought curtain rod finials at Lowes and screwed them into the top of the post.  I based the bed in a red color to deepen the brown stain.  Then two coats of my custom "Espresso" mixture that I used on my beams. 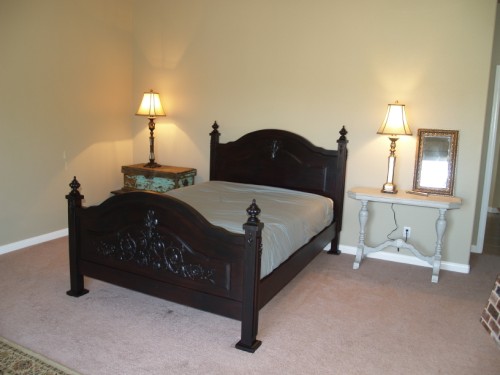 I think It came it really nice and my friend loves it.  Mission accomplished. 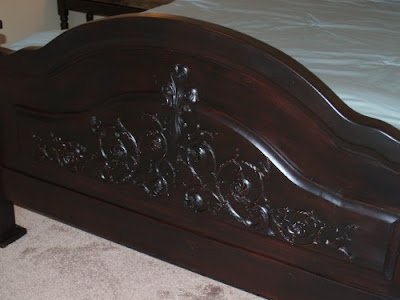 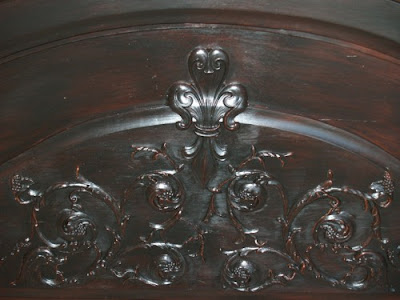 Close up of footboard detailing. 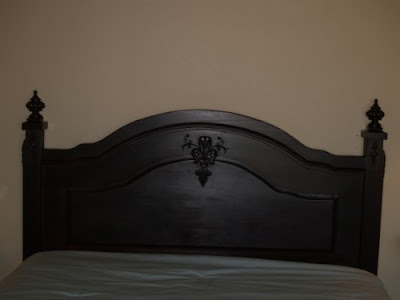 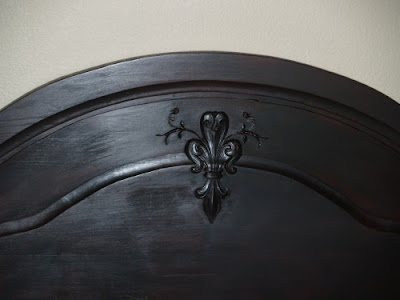 Closeup of head board detailing. 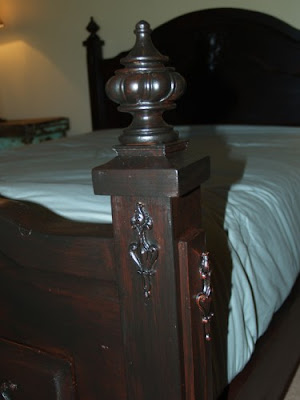 My flash makes the red undercoat really show through but in person you barely see.  It really looks dark and rich.  The catalog picture shows the bed in front of an old brick wall so next up is to apply an "old brick" finish to the wall behind the bed that should be next month.
And then for myself I finally finished the bookcase or should I say my dish cupboard to hold my white ironstone.  I previously posted a picture of the Cowboy setting this in place, and then he installed some fence post to help support it. 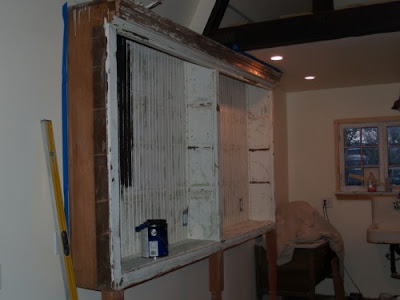 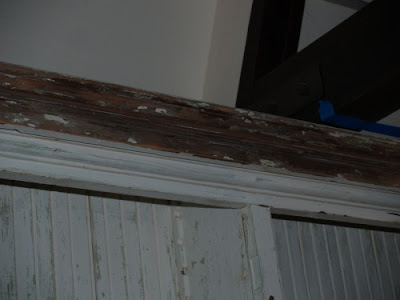 This piece turned out to be a little more work than I expected.  The layers of old paint were so thick and drippy that I ended up having to strip the crown molding once it was in place, not fun! I pried out the little bars that hold the shelves and used my Drimmel to sand out the little grooves so they would fit back in easier. 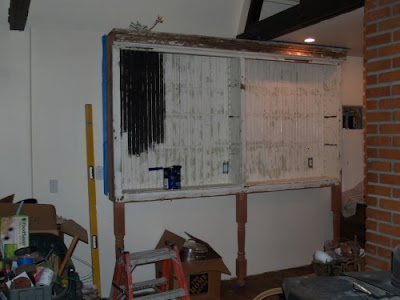 Once the prep was done I applied a base coat of black and realized it was going to be a real pill to paint so I just bought some satin black spray paint and sprayed the whole thing.  Much easier.  And the final result..... 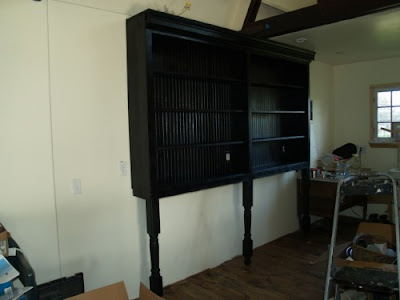 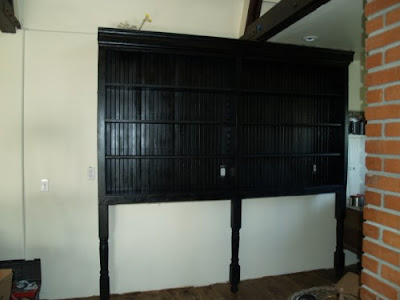 Much better I think.  Eventually I want to have a base cabinet built to sit underneath to replace the post so that it looks like a huge hutch, but until then this will definitely work.  The Cowboy put two plugs in the back for me so I can put little lamps in it if I like.  I'll post a picture of it filled with the ironstone as soon as I get it unpacked.