Little Girl All Grown Up

I had a nightstand when I was a little girl. Simple, clean lines with one little drawer.
As far back as I can remember it was by my bed.  After I moved away from home (too grown up for such a simple piece) it was left in the care of my mom and dad to be used wherever needed.  At some point it became the nightstand for my daughters and now that they have all gone and moved out they left it behind (once again abandoned by girls too grown up for such a simple piece).﻿
It's been hanging around my studio (aka kitchen) for some time now patiently waiting it's next assignment.  I kept looking at it, wondering what it wanted to be now that it's all grown up. But it just sat there quietly saying nothing.
Yesterday I was working on a piece to be sold which was inspired by Red Hen Home, (do you not just love her style?!) Anyhoo, as I was working away, painting, lettering, waxing.....I heard it.  Not too loud at first sort of like a mosquito, "I'd look good in that".
What? I looked up and there in my line of sight was the little nightstand.  Oh, so she had made up her mind after all this time.  Ok.  Her wish was granted. 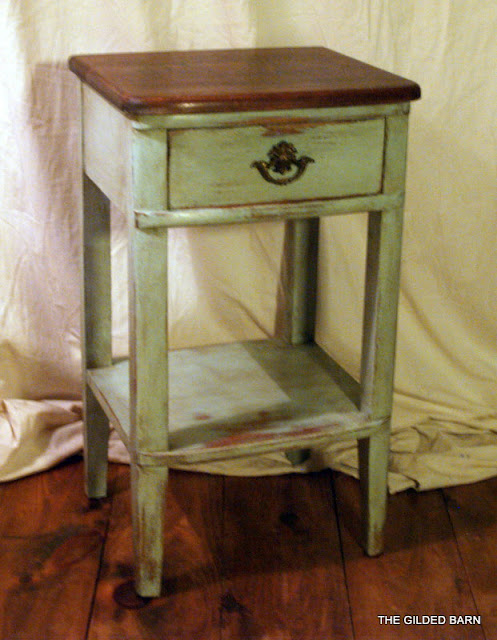 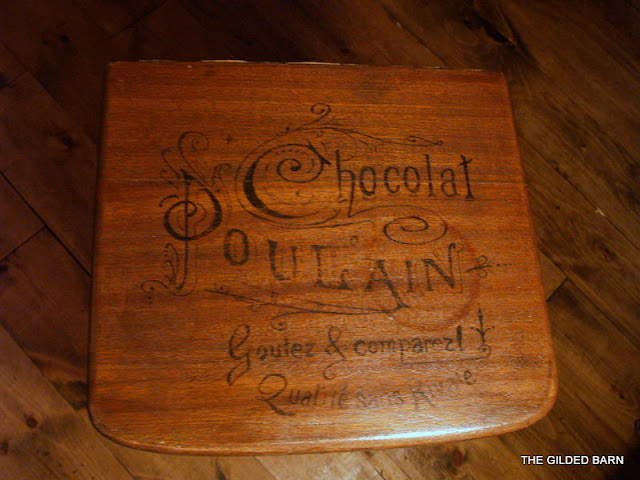 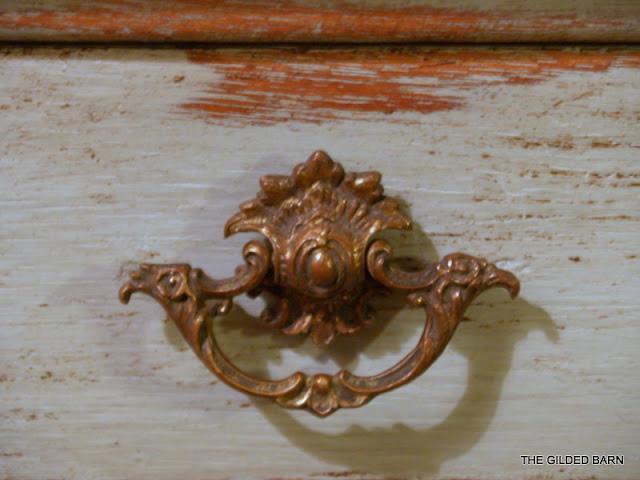 And another adorable french handle from the bucket of bits and pieces laying around Jamesy's shop
Il est parfait! No? Oui! 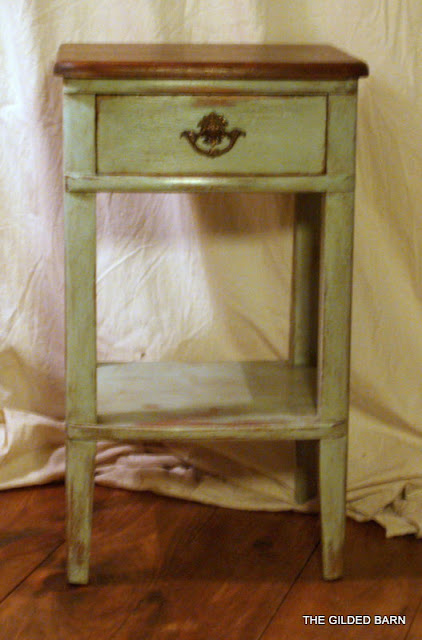 I think it looks like something out of a french pastry shop.  I love it and now it's new home is in my entry next to the antique headboard bench.  (but that's another post)
I'm linking up to
Miss Mustard Seed

What a difference a day makes

So last weekend my dad Jamesy and I were out doing a little yard sale-ing and I found a great piece!
It was sitting behind a bunch of stuff and covered entirely with pez dispensers.  I saw this little cutie and even though it was in some serious need of a bath and a little love it was ﻿in great shape.  I asked how much and she said 25.00.  I offered 15 thinking she'd come back with 20 but instead she smiled and said "Sure".
15 Bucks?! Really?  I couldn't get the truck backed up quick enough to get it loaded!
So today when I was drinking my morning coffee I decided today was the day to get it done.  So  I filled the old drawer handle holes and the Cowboy drilled me some new ones.  Jamesy, Antique Hunter Extraordinare, had these beautiful little knobs in a bucket in his shop which he so generously donated.
A little paint, a little wax,  a little gold leaf, a little blue/gray in the trim and 4 hours later.........
VOILA!

Nice "old patina" on the top.
A little gold trim that's been worn off after years of use  (wink!)
A little extra storage space.
15 bucks and a Sunday well spent!
I'm linking up to....
No Minimalist Here
Between Naps on the Porch
& Faded Charm