Three Girls and a Baby

I am away from the Barn for a few days and wanted to do a post but didn't have anything pertinent to the Barn on my notebook so I decided to post about my girls and my precious little grandson. (It still feels weird to refer to myself as "Gramma" but I have to admit I love it!)  I'm sure if I asked their permission they, especially the younger two would have a fit, but since they are not around and they rarely if ever actually read my blog I think I'm safe.  So here they are,

My oldest Olivia, is the mother of my sweet, adorable, precious, lovable, squishy, huggable, oops, sorry about that I just get so carried away with this little guy, 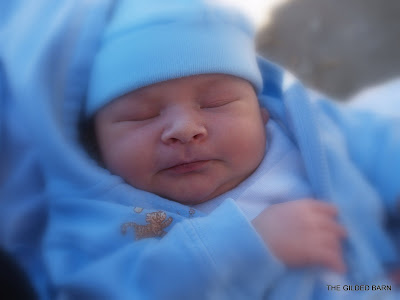 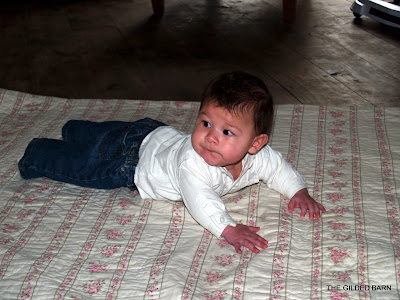 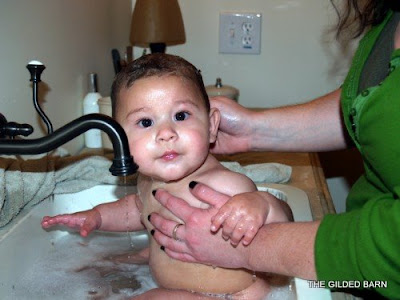 Six months old getting a bath at gramma's. That's me!! 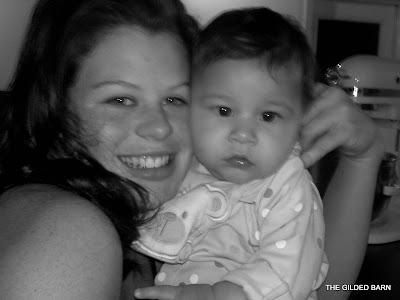 And of course my two younger girls can't get enough of this little man either.
Everytime he comes through the door we all rush to grab him and saturate him with hugs and kisses.  The first time he rolled over you would have thought he had discovered a cure for all world diseases by amount of cheering and applause from us.  We're a little worried that he may be in for a rude awakening when he gets older and goes to school and all the women and girls around him don't cheer at his every move. 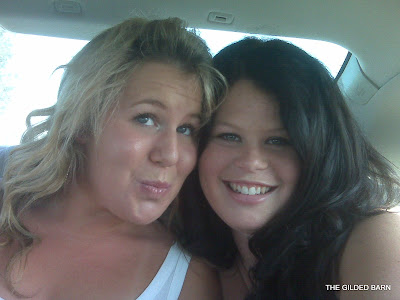 And here's my two younger girls, Caitlin (the blonde) and Preslea (the brunette).  It's hard to get a picture where they aren't mugging for the camera but I love that about them.  Always smiling, always ready for a good laugh and always looking out for each other. 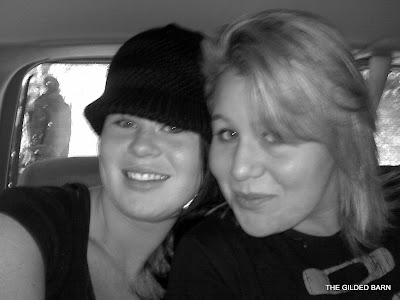 They make me smile every time I see them. 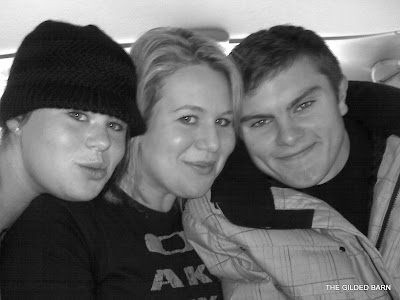 And this is the two of them with Caitlin's boyfriend, Tyler.  He is such a cutie patootie!  The three of them are hilarious together and when Tyler comes over and little Ian is around the first thing he does is pick him put and try to get him to say "Tyler", love that.  So far all Ian says is "Mama" and "No" so the race is on as to whose name he'll say first.  The Cowboy swears it's going to be "Grampa" but my bet is on "Gramma"!
Hey, a girl can dream.